Havens and Almshouses - The winding walk

You could easily pass by Sycamore House in Hammersmith without any inkling of the garden delights created by the tenants inside.  Managed by Hammersmith United Charities, this is a modern almshouse with sheltered housing and gardening to rejoice about. 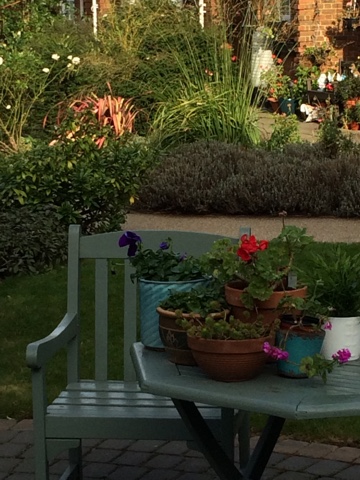 Hammersmith United Charities has a clear focus for its work - helping the poor and those of limited means in the former metropolitan borough of Hammersmith.  Sycamore House is one of two housing developments it has championed.   There is a waiting list and need, income and past association with Hammersmith are the main criteria for gaining a place.

An old garden with mature shrubs and planting was here prior to 2012 , but it had to make way for new building and accommodation.  However, the benefits of a garden was not forgotten in the redevelopment. Sycamore House's Community Gardener, Jackie Thompson, set herself the task of designing an even better garden, and, with the help of the architects, a delightful winding lane of plants now weaves its way between the sheltered housing. 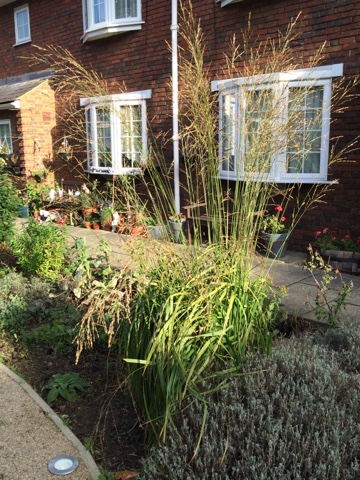 The new garden is only three years old and has already won the Challenge Cup for large community gardens in almshouses run by the London Gardens' Society not once, but two years in a row, which is a tribute to the efforts of Jackie and her team of volunteer garden residents.

Founded on the principle of successional planting, there is colour whatever the weather.  In November the Beautyberry (Callicarpa) was showing off its purple fruit, perfectly offset by a planting of pink neriums. A red salvia was in bloom not far away from this arbour and throughout plants have been carefully chosen to reflect scent, touch, colour and seasons. 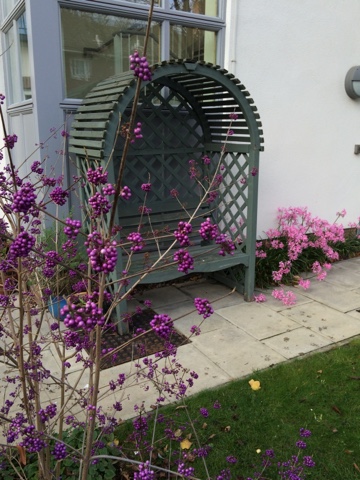 Throughout the winding walk a variety of different fruits pop up out of the border -  redcurrants, grapes, strawberries, kiwi fruits and an espalier-trained apple tree sit cheek by jowl with flowers, shrubs and grasses. 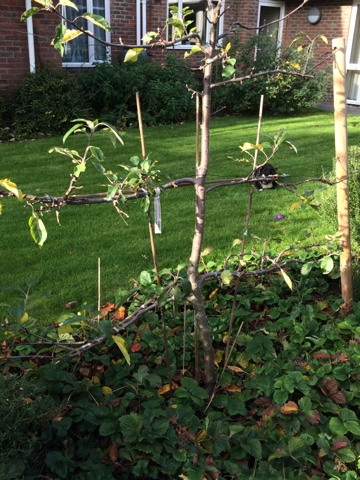 Despite designing the garden from scratch, Jackie does not dogmatically follow a set planting pattern and encourages the personalisation of the borders by the residents. Active involvement is key. She stresses that this is not an old people's home and it certainly feels very different. 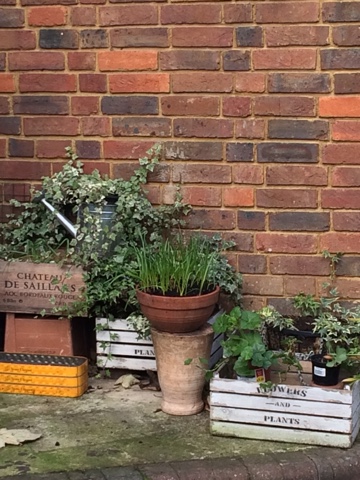 Residents such as Evelyn (below) are important  to the garden's success.  Jackie is only part-time and relies on residents to water, dead-head and plant to keep the show on the road. 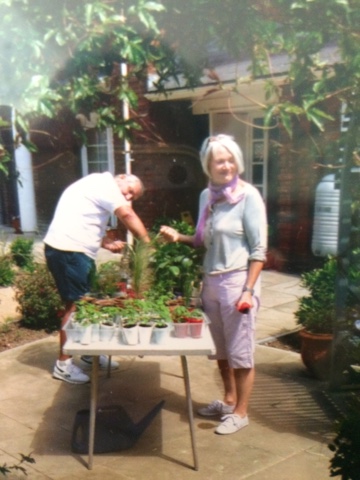 The residents do most of the organisation for the annual Open Garden Squares Weekend opening themselves, from potting plants for sale, to providing tea and cake.  They positively enjoy it, knowing that what they have to offer is just as good, if not better, than many of the grand private squares in London.  The charity runs its own awards to reward and thank them each year for their hard work.

Sycamore House is lucky to have found Jackie.  A mandolin player in France in a former life, she learned to grow fruits and flowers there, before returning to the UK where she studied for hortcultural qualifications at Capel Manor College and began gardening as a career. She is a firm believer in building communities through active involvement and does it with style - followed everywhere by a faithful and very endearing dog called Tilly 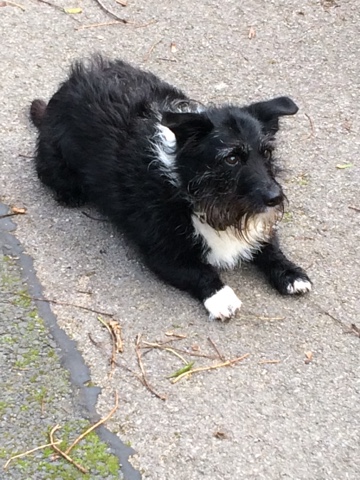 Tilly is a cross between a doughty Scottie and a Jack Russell.  Tilly follows Jackie everywhere, always carrying a ball in his mouth, just in case any passer-by fancies a game.....

I followed them both to their next gardening job of the day - and you can find out where in next month's tale from Duck Island Cottage.