Weeds, Mosses and the Little People

The little people at the South London Botanical Institute come in different forms and I first spotted some hiding in the new moss trail in the garden. They could simply have been left there by over 500 children who came to the many educational activities here last year - or they could have been deliberately sited there in preparation for an adult photography course. This Institute is such a special find and hive of activity, it could be either. 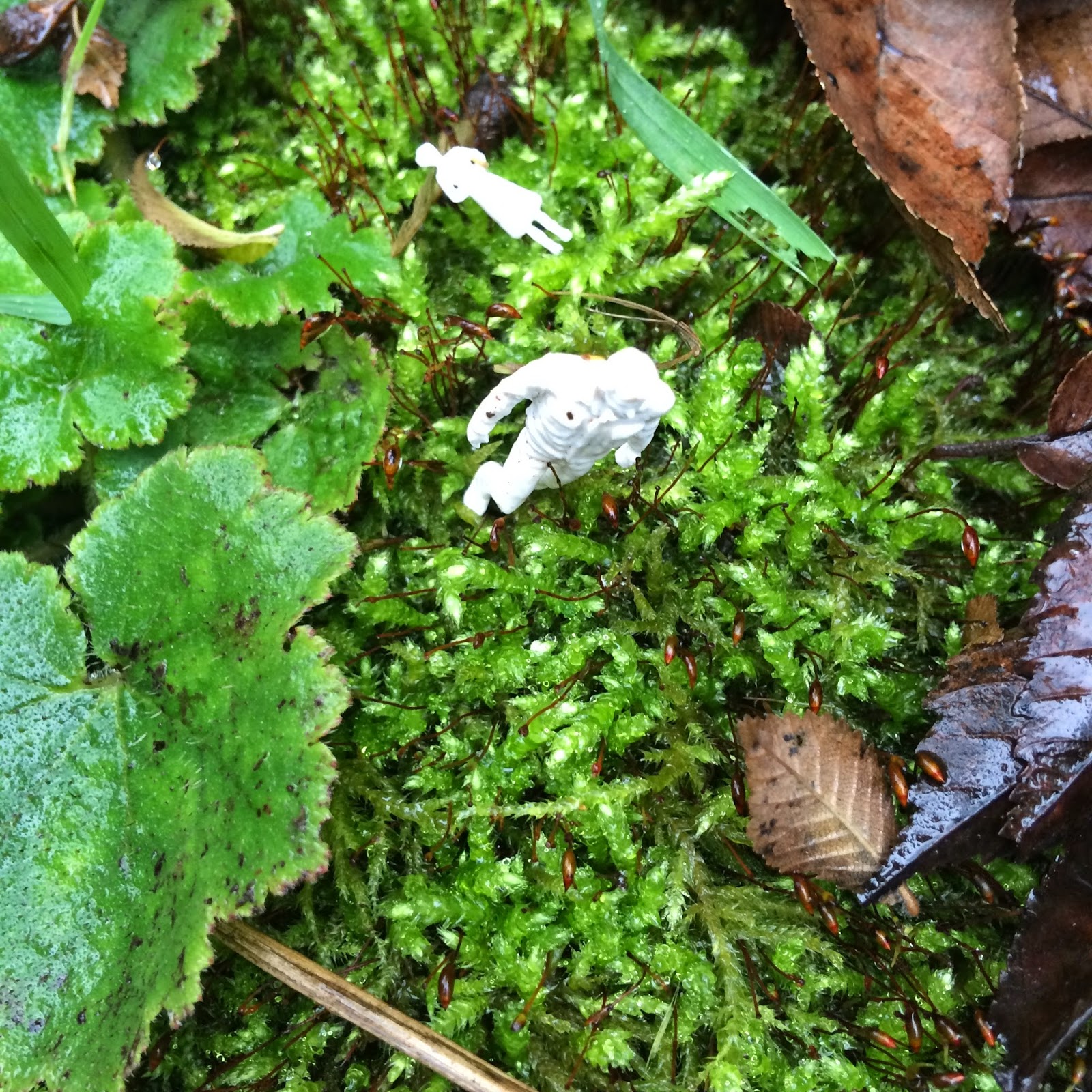 The South London Botanical Institute recently celebrated its centenary.  Purchased by the botanist Allan Hume in 1909, it consists of a large, detached, suburban house and garden near Tulse Hill station.  'A fit guy in his 70s who still had dreams'  is how Allan Octavian Hume, the founder of the South London Botanical Institute was once described.

He was certainly a real character with a passion for herbs, flowers and weeds. And what a legacy his energy left us in this corner of London! Allan Hume was originally an acclaimed ornithologist, whose bird research is now in the Natural History Museum and is said to be the museum's largest-ever single donation and the foundation of all research of birds of the Indian subcontinent.  He spent the largest part of his career in India, where he became responsible for 'The Great Hedge of India', a rather improbable project designed to prevent the free passage of untaxed salt. Having helped to establish the Indian National Congress and having fallen out with his Raj masters (what a full, versatile and varied life Hume led!), he returned to England, where he switched his attention from Indian birds to English plants, herbs and weeds. And so London's smallest botanical institute and garden was born. 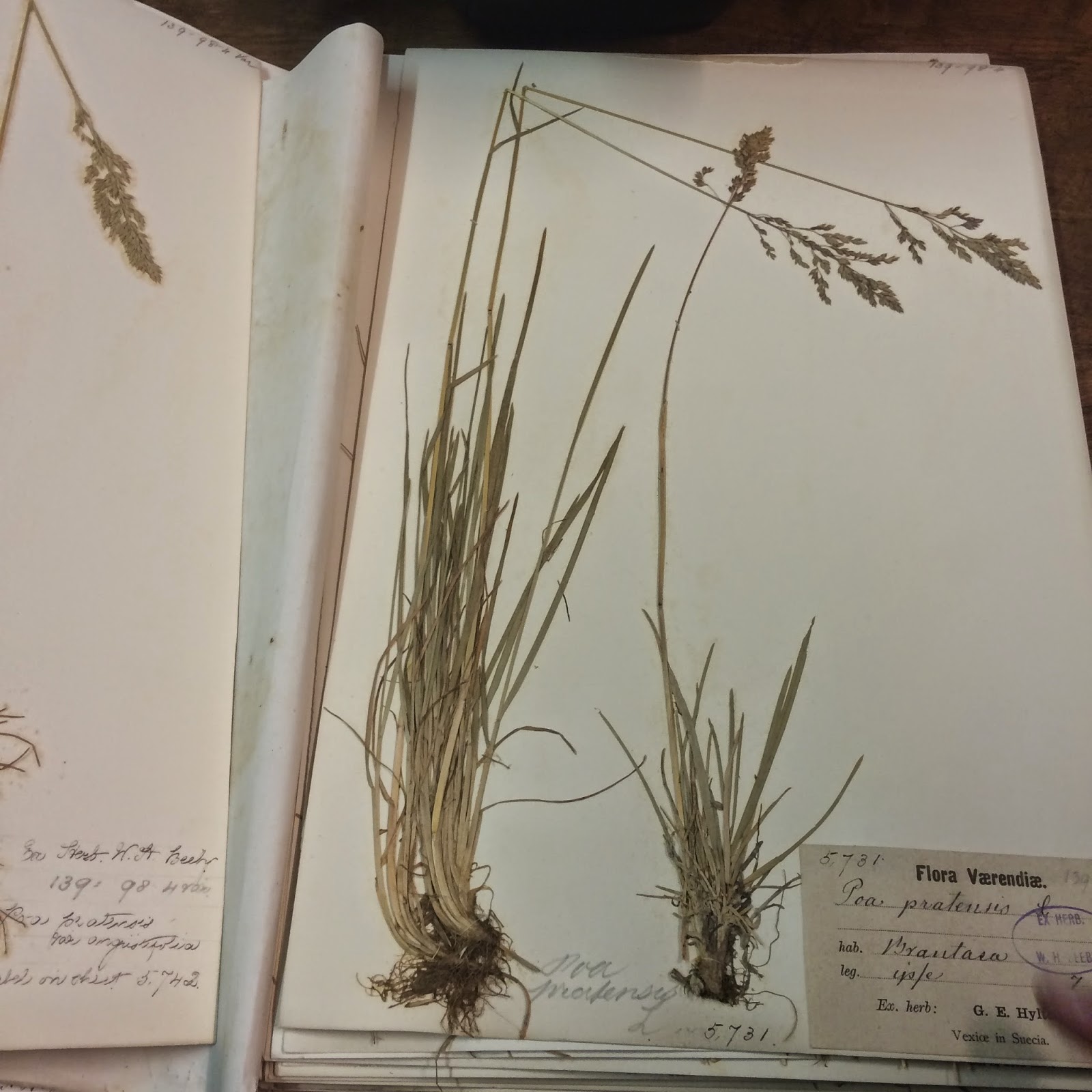 Hume's collection started in the 1850s has been added to over the years and now there are over 40,000 specimens of flowering plants alone like the one below in the Institute's herbarium, each one carefully labelled and stored in a brown manilla folder.  Having collected the specimens, Hume set about designing a storage system for them all, creating over 300 iron boxes like this one. 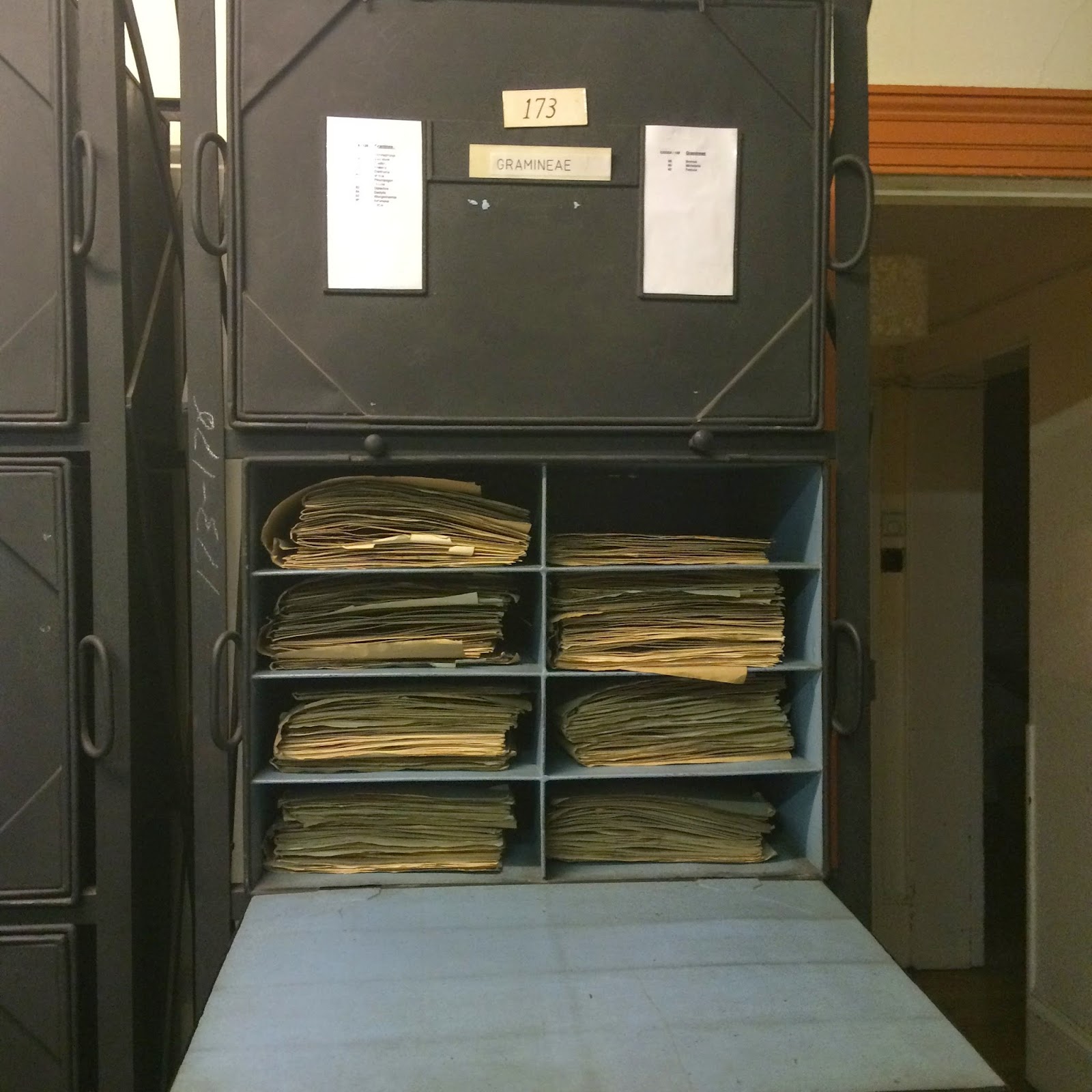 All of these iron boxes are kept in two ground floor rooms of the Institute, alongside a chest freezer, into which the folders are put on a rota basis - that's the only way to ward off bugs from creeping in and destroying the lot. The volunteers here are never short of jobs to do and they all seem to thrive on a love of the place and its work. They have kept the place going through tough times through their ingenuity and commitment.  Everyone is very inventive about ways of maintaining the house - recently they started redecoration of the busy lecture hall, sourcing a new chandelier on eBay and commissioning  bespoke wallpaper, based on the plants in the herbarium, from a local artist. And they've been running a very successful  pop-up supper club.

With so much to do in the reference library, the herbarium, the lecture theatre, the education centre and the kitchen, you'd almost be forgiven for not making it out to the garden. But here lie some very unusual beds and plants. There's a section on poisonous plants, which includes a real poison ivy, and a bed for weeds with special significance such as stitchwort,whose white spring flowers are the habitat for the endangered wood white butterfly. There are about 500 species crammed into the space of a large back garden and organised in a grid of different themes - medicinal, native, scented, monocots, weeds, etc. Tender specimens and carnivorous plants live in a conservatory through which you pass to access the garden. Lichens, mosses and liverworts are cultivated along the edges of the borders.

The garden has a variety of mature trees and plants, many grown from seed after the war. There is a Ginkgo biloba in the front garden, and also Sophora tetraptera (New Zealand), Azara serrata (Chile), loquat (China), and Koelreuteria paniculata ('Pride of India' - although a native of China). Native British plants include spotted orchids, field geranium, and goat's rue. The pond forms a pleasing centrepiece and was recently re-dug and renewed by the two amazing part-time gardeners and their volunteers. 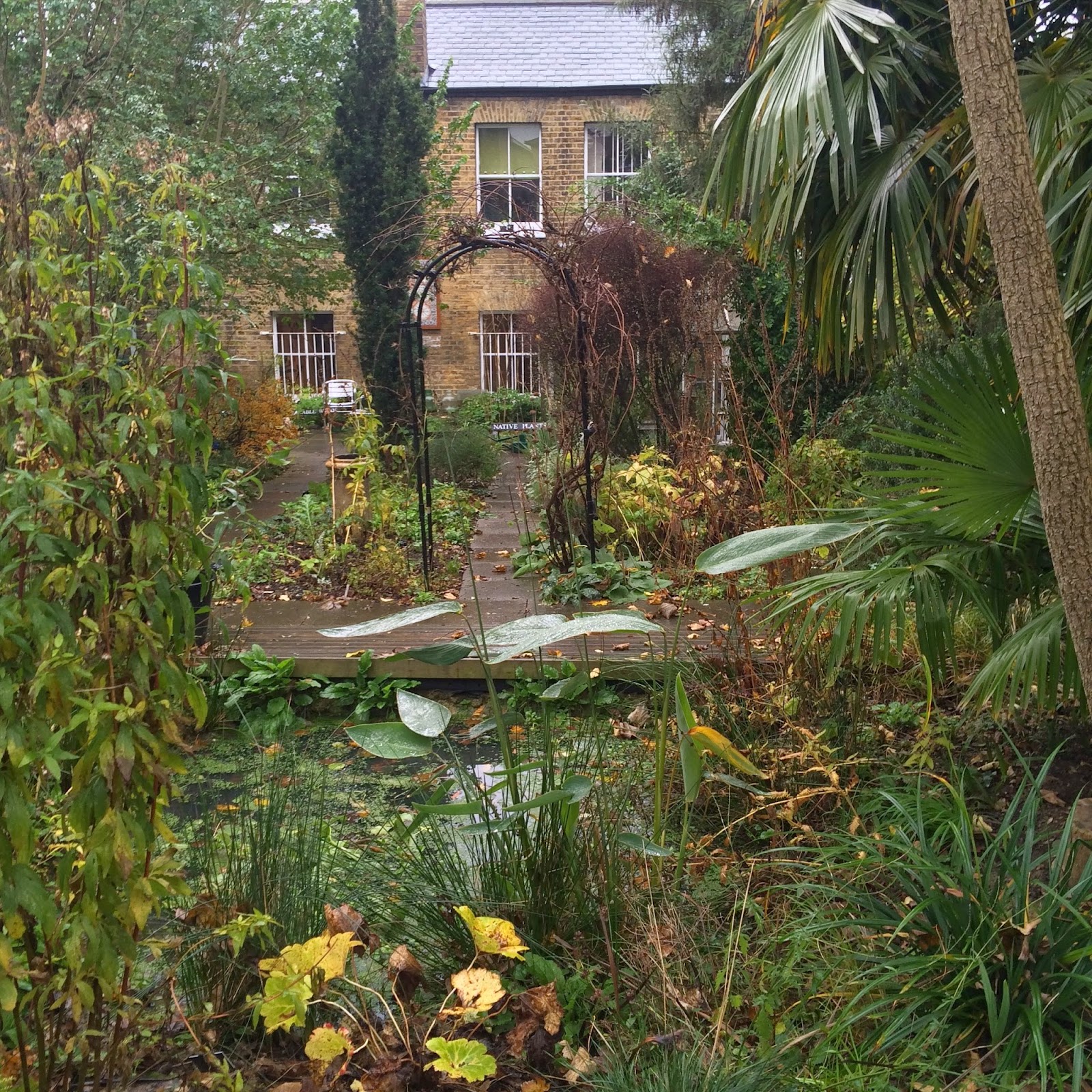 A passer-by from Sweden was visiting the Institute when I was there.  Many people happen upon this place by chance and are so captivated by it that they return to volunteer and help. It's open on Thursdays (10am-4pm) and Saturdays (10am-2pm) and it's on Twitter (@SLBotanicalInst). If you can't wait until June 14th, treat yourself and get on the train to Tulse Hill - you won't be disappointed.