A Triangle of Tranquillity 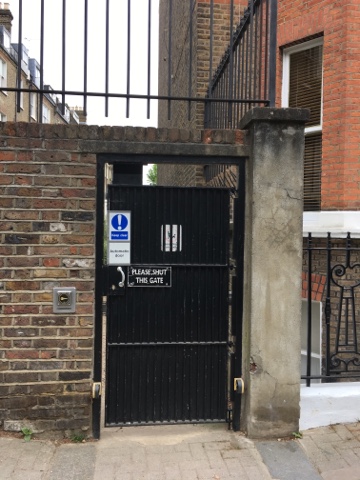 One of the many things I have always loved about London is its ability to continually surprise you.  London's garden squares take after the city and are often astonishing finds.   When I discovered this garden square, Formosa Garden, it simply took my breath away.  This is the entrance to it.  No imposing gate or railings through which the outsider is enticed to peek.  Just a solid, impassable barrier, with no hint, and with no leaf or plant peeking out to give you a clue as to what you might find behind. 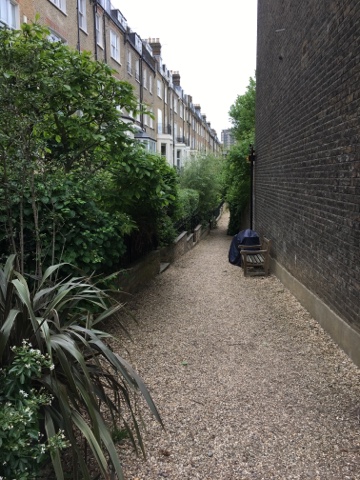 At first the view isn't very promising, and it is only when you reach the end of this side path that the garden reveals itself. 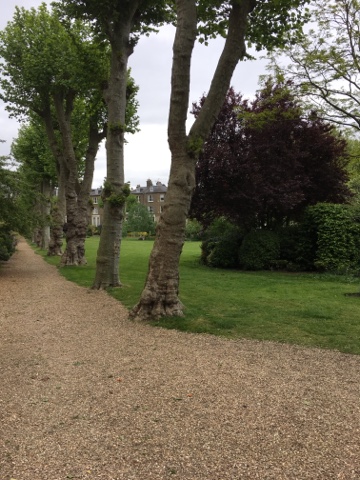 A huge triangle of green stands before you, bordered by pruned plane trees, which stand guard between the garden and the backs of long terraces of houses.  Coming in at about three acres in size, this is an amazing space to have to yourself as you step out from your back gate.  A mini Highbury Fields or a Clapham Common in fact. 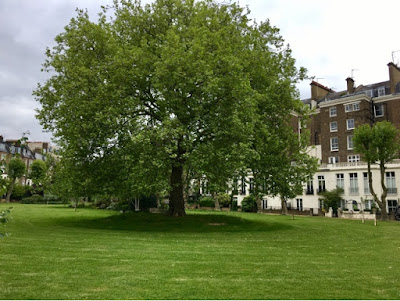 Far off, off-centre from the middle of the garden, one plane tree has been allowed to show off its true form.  It's a lovely reminder of what all the trees could have grown into, but being practical, it's not unreasonable that they have been pruned over the years to accommodate the enjoyment of the space by residents.  However, some of the trees are now showing their age and many only have 15 to 25 years of life left. 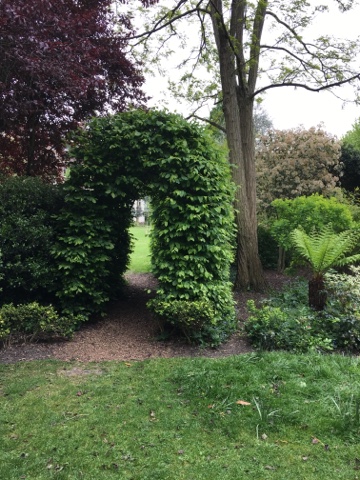 Plans have been drawn up by garden designer Mark Lutyens to change the garden as the plane trees die in future years.  The plane trees will be replaced with British broad-leaf trees and little garden glades are being created in various scattered locations across the garden.  This process is also being managed by the gardener, Robert Player, from Garden Associates, and Westbourne Block Management. 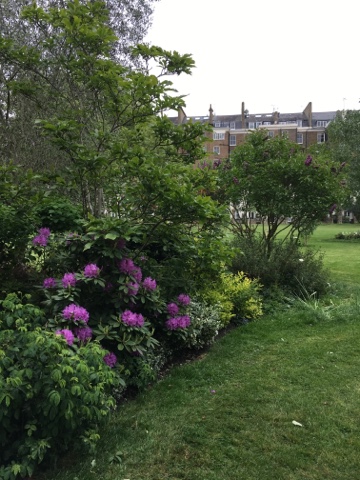 The residents have been consulted and feedback from them has been taken into account in the final design. The essential nature of the garden as a secret place will remain.  Formosa Garden, and its nearby sister gardens, Crescent Gardens and Triangle, were created in the 1860s with a different concept to the well-known garden squares of Kensington and Notting Hill, which flaunted their wealth and tantalised passers-by who peeked through the railings.  Here at Formosa Garden the idea from the start was to retain secrecy and not be visible to the riff-raff of the day. 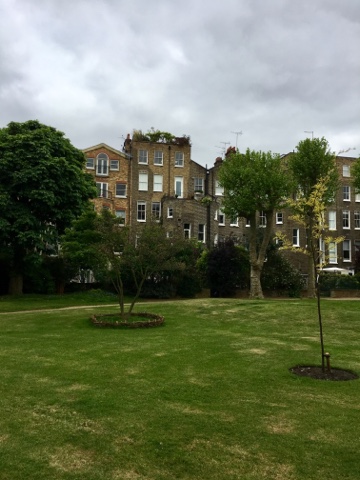 You can see here the new trees being planted, each surrounded by a protective piece of ground, some bordered by low, natural fencing. 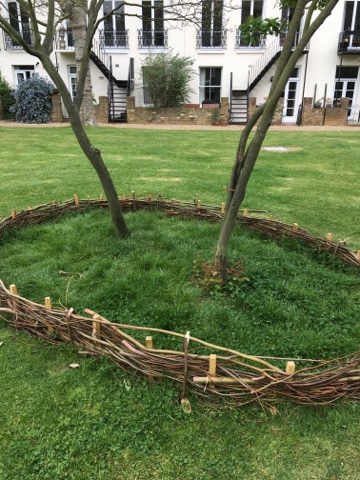 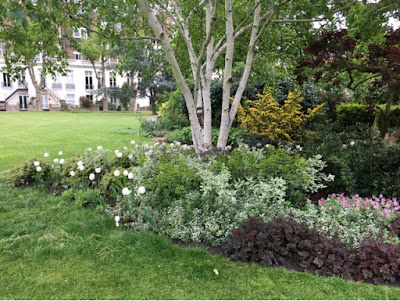 Residents pay rent for their garden, under a rent charge deed issued in 1981-2 by the Church Commissioners, who used to own Maida Vale, where the garden is located.  The new design, incorporating open space with pockets of planting, has been through five meetings to thrash out and explain the changes and seven or eight draft plans - a good example of consultation to create beauty from the back windows of the houses.  As I left the garden, the houses began to take over the space as the path led up to the exit, and I turned sadly to recall the magic of the garden beyond.  A quiet place in the day, and busier in the evenings when families return home from work and school, this garden will only be open to the public over Open Garden Squares Weekend, on the afternoon of  Sunday June 18th.  With the weather forecast set to be fair and sunny (fingers crossed), it's time to stride out and visit a hidden gem. 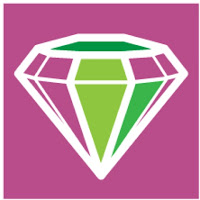 This year there will be a new Hidden Gem Treasure Trail,  and you can find all the details on our Open Garden Squares Weekend website.   Look for the logo shown above and fill out the entry form.   Visitors can visit four 'Hidden Gems' and enter a competition for a unique opportunity for tea at Duck Island Cottage, shown below. Formosa Garden is a prime example of a hidden gem garden in London.  Don't miss it. 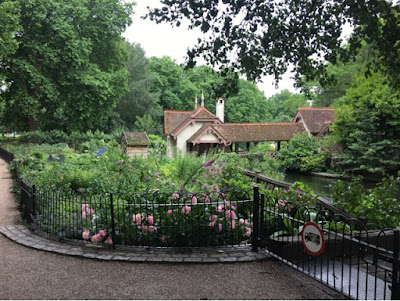 Posted by Open Garden Squares Weekend at 15:47 No comments: