As if they weren't busy enough, Jackie Thompson and her dog Tilly, whom we featured last month, look after another secret garden in Hammersmith.  I went with them across the borough to the John Betts sheltered housing scheme, a short drive away from Sycamore House. 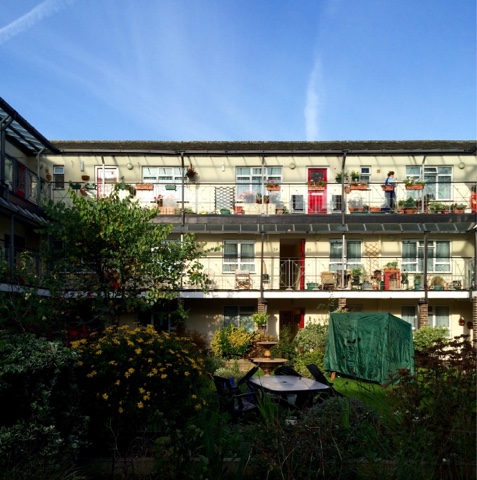 John Betts House was constructed in 1964 by Hammersmith United Charities and extensively refurbished in 1998.  Built up around an inner, secluded garden, it has presented its challenges to Jackie and her resident garden volunteers, as the garden area was used to dump the rubble from the building work - so the digging is hard.  As we arrive, Jackie's dog, Tilly, goes running off up the stairs. We try to keep up but Tilly eludes us, and we suspect that Tilly has been kidnapped by an admiring resident who has treated her to a second breakfast. 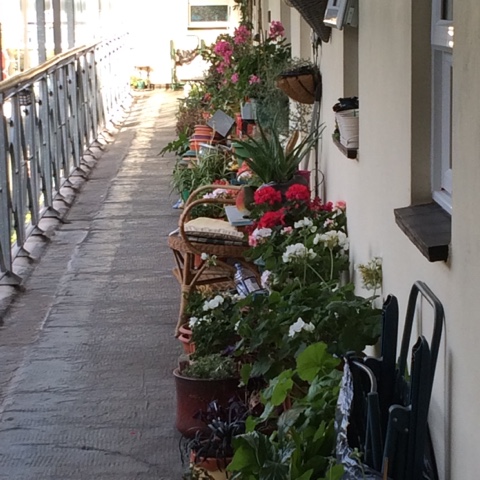 Given the challenges of the soil here, the gardeners originally concluded that the only way was up and perfected the art of growing flowers in pots. The pots and hanging baskets which adorn the balconies overlooking the main, internal garden courtyard were still blooming in a very balmy December.  And the horticultural endeavours of the residents are being recognised locally - last year John Betts came third in the small community garden category of the London Garden Society Competition - catching up on its successful sister garden, Sycamore House. 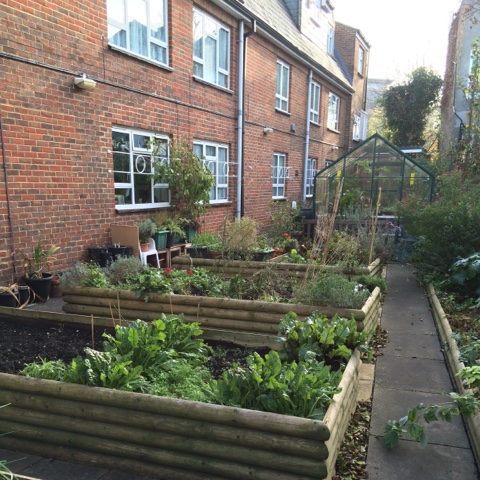 Residents benefit by having a designated area for growing vegetables in raised beds so there are strawberries and vegetables aplenty in the summer. 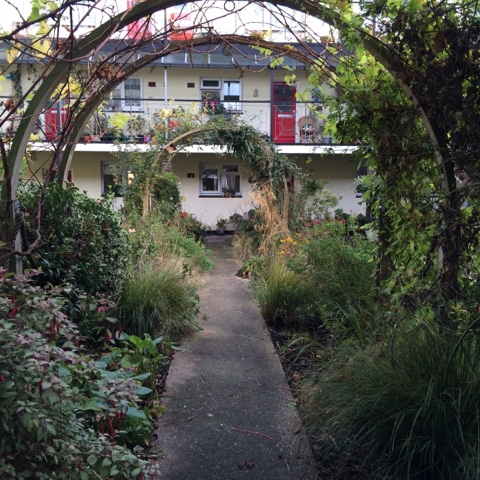 The garden's centrepiece is a series of arches which were planted last year to create a blowsy, flowing feel, with the plants and grasses spilling over the central path, brushing by visitors as they pass. Lilies, fuchsia, gauras, a variety of grasses including Stipa gigantea and alstroemerias combined well to create this effect, with the Judas tree in the background. 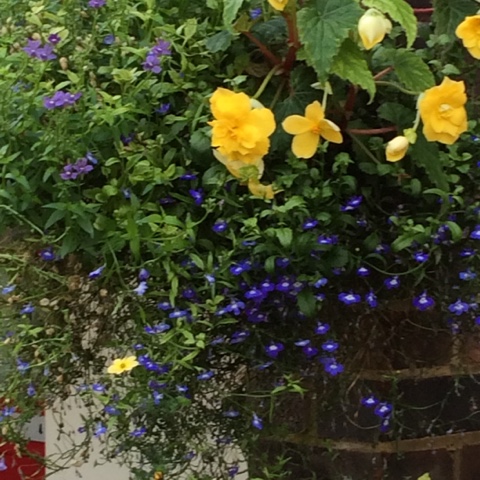 Planting up the many pots is undertaken together by residents, who take a very active part in preparing the garden for its annual opening during Open Garden Squares Weekend.  It has become a local tradition to gather together in May around a long table to pot up the hanging baskets and enjoy a spot of lunch. They also organise everything that needs to be done for the big day, from selling tickets and plants to brewing tea and baking cakes. Even residents like Rose in her nineties love to play their part. 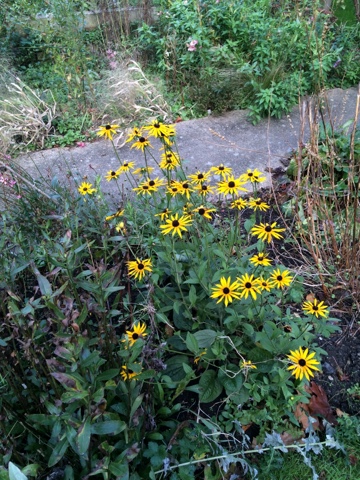 And, after their labours, they meet to consider what to do with the proceeds from the plant and cake stalls. Last year, as well as a generous donation to a charity in Africa, they bought a swing seat for the garden, which now holds pride of place on the lawn amidst the flowers. 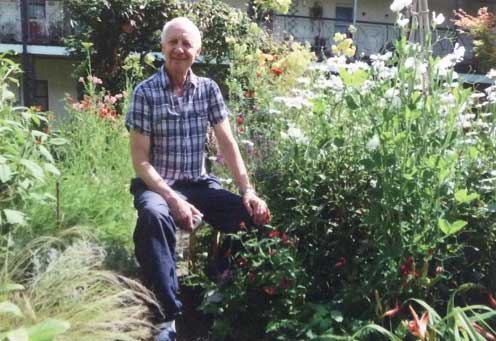 John Betts residents, their love of their garden and the way they work together so impressed students who came to visit them, that one, Juliana Amaa, wrote a poem about what she saw at John Betts when the garden opened for Open Garden Squares Weekend.  It's appropriately entitled 'Open Glory'.

June delivers warmth and sunshine
Strawberries, ripe and plump
Need only a handful. Red blotches
Cover my hands
The Damsons, the oranges, reds-mixing
After eating the first one, I want more
The taste
Like Summer's cinnamon. The fruits
Tingle in my mouth.
Licking my hands. Scarlet slurps soak up my hunger
Gorging on jam sandwiches and honeysuckle buns
Admiring the flowers
Hours flowing
Chatting, picking and eating
Juice drenches my fingertips
Gorging on strawberries and much more
Savouring the essence of the day
What I live for

Poetry is now a feature of several gardens which open for the Open Garden Squares Weekend with poets in residence for the day reading and writing verse,  with a little help from visitors. Watch out on our website for details of the venues for June 18th and 19th this year.