There are not many schools with gardens as astonishing as the ones at Whitgift School.  And although the autumn sunshine we had been having deserted me on the day I visited, the new plantings in these extensive, magnificent gardens were very evident. 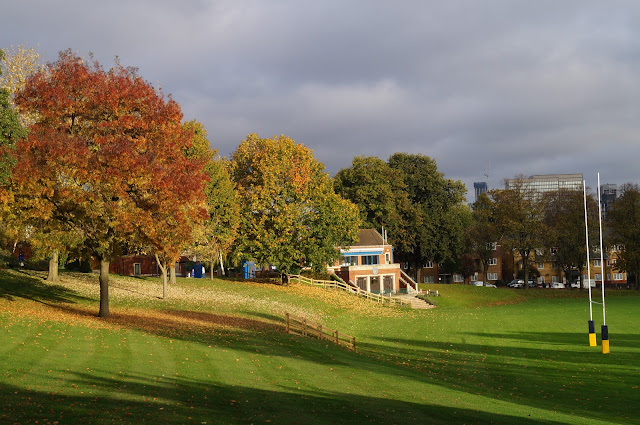 Beside the entrance path to the school lie the school playing fields. Lush and green, they are kept immaculate by the grounds staff,  and provide a successfully shared space for both cricket and rugby in their different seasons. A little behind the school name plaque shown below are rhododendrons which are surrounded by bulbs in spring. 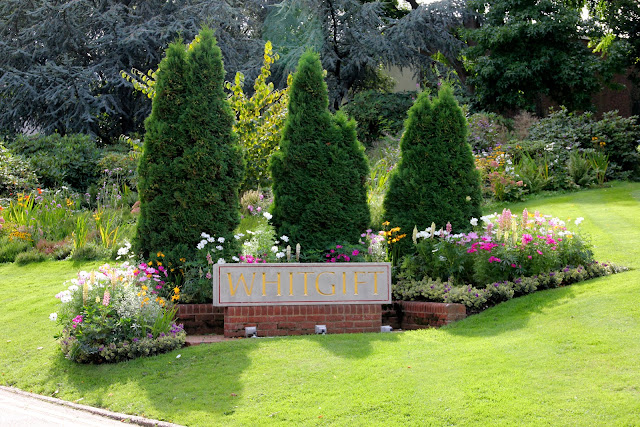 Whitgift School, an independent boys school in Croydon, has an historic association with the Elizabethan era.   Founded in 1596 by John Whitgift, the last Archbishop of Canterbury in the reign of Elizabeth I, the school chose another Elizabethan connection when it moved to Haling Park, Croydon, in 1931.  The park was the former home of Lord Howard of Effingham, the Lord High Admiral of the fleet sent out against the Spanish Armada by Queen Elizabeth I.  If you look closely in the photo below, you will spot a topiary of sailing ships, enabling you to imagine the boats setting off on their mission nearly half a millennium ago. 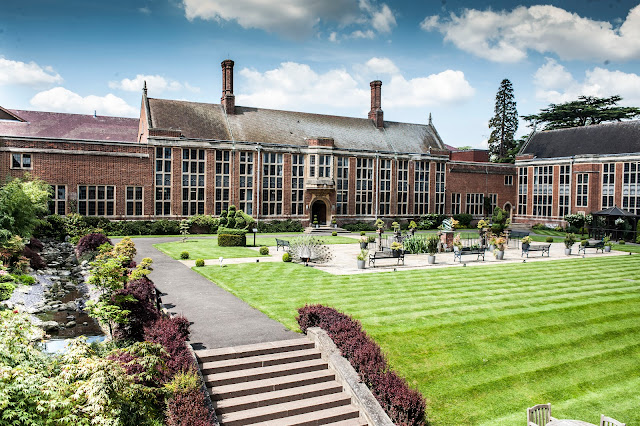 This square is known as the Andrew Quadrangle.  As well as the box topiary, it has a wide variety of mature bonsai trees, which thrive outside in all weathers, just like fully-grown trees. They are fascinating. 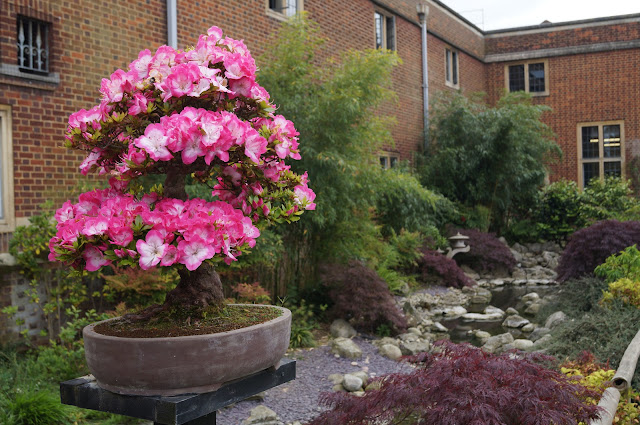 Strikingly ornate, feathered birds wander around the quadrangle, perfectly at home in their surroundings and with the plants.  I saw white cranes and purple-green peacocks, and elsewhere pink flamingos may cross your path. 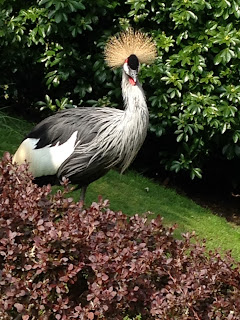 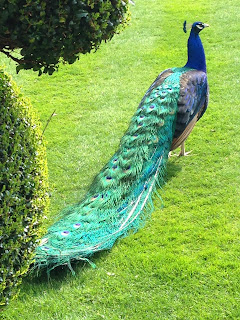 Whitgift's gardener, Sophie Tatzkow, has been working her magic in the formal garden squares of the school (the Andrew Quadrangle, Boarding House Garden and the Founder's Garden) and the Mediterranean Border.  She is assisted by three full-time gardeners and was appointed in order to introduce a new, horticultural element into the garden. It's a great credit to the school to see this commitment to horticulture and to see it enhancing its beautiful, formal, pleached hedges and many shrubs with a variety of perennial and sustainable plants. The results are to soften the formality with succession planting in herbaceous borders, whilst safeguarding the traditional - such as in the stunning, pink rose border. 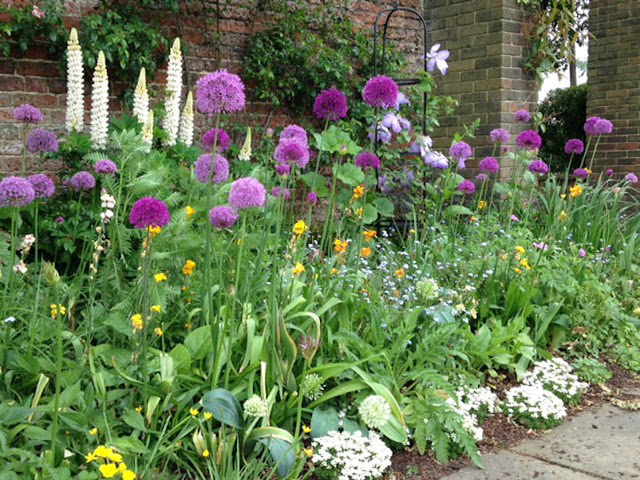 The new plantings use white, purple and green to good effect, introducing splashes of other colours through the judicious use of bright grasses or perennial flowers.  In autumn rudbeckia brings a splash of yellow cheer and in early summer pink poppies and purple alliums abound. 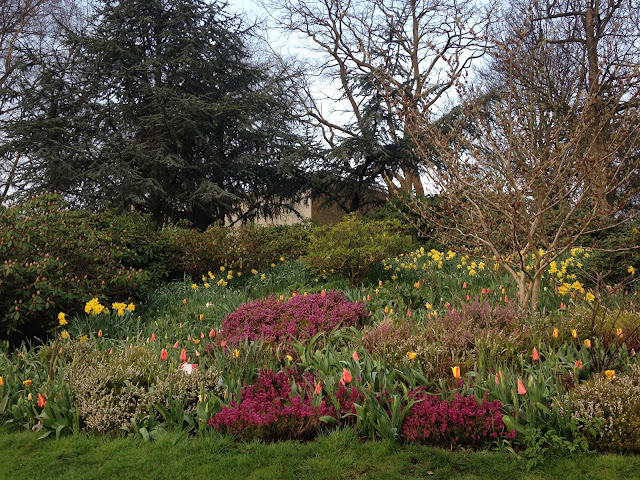 Sophie aims high and is seeking to make the garden the best school garden of all. I visited during half term so couldn't judge first hand the use made of the garden by the pupils; but if I were a homesick new boarder or a sixth-former seeking inspiration for an essay, these gardens would offer the perfect cure. Some of the boys have already formed a horticultural club and are learning to grow veg in a special area with raised beds.

There is much more to see than the aforementioned gardens when the gates of Whitgift school are flung wide for Open Garden Squares Weekend.  There is a well-established maze and a new wildlife meadow is being developed. 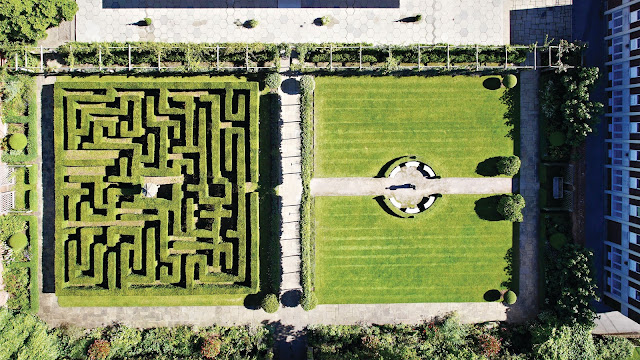 Whitgift opened for the weekend for the first time in 2015.  Local residents were intrigued to see the spectacular gardens on their doorstep and will be sure to come back in 2016 to see the many horticultural developments. Volunteers who understand gardening and planting are welcomed by Sophie.
Posted by Open Garden Squares Weekend at 08:10 No comments: