A garden too big for its boots

"My garden is too big for its boots" declared Edward Augustus Bowles who lived at, designed and planted Myddelton House Gardens in Enfield (1865 to 1954). He was right about its size. Spanning eight acres in all, these gardens are seriously historic and impressive. I came for what I thought was just a morning visit and ended up spending a very pleasant whole day there, entranced by the tales told by the gardeners, and the variety of horticultural treats round every corner. 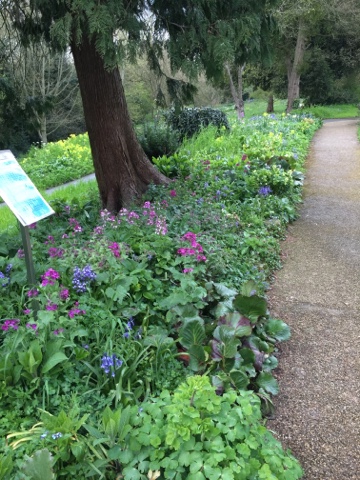 The gardens are the life's work of Edward Bowles, known to his friends as Gussie.  His legacy includes snowdrops, violas, crocuses and colchicums with the Bowles name a familiar one in the titles of countless plants, e.g Viola Bowles Black.  He was a significant member of the Royal Horticultural Society (RHS) of his day,  chairing its scientific committee and active in its work right up to his death.  One of his famous creations, the Eremurus bed, includes foxtail lillies, eucomis, ornamental grasses, sedums and dianthus, but parts of the garden now suffer from the self-seeded few-flowered garlic, said to be more invasive than wild garlic - there's lots here to keep the gardeners busy.

The glorious wisteria, whose bare branches you can see below, was grown by ‘Gussie’ from seed and now climbs high into a tree, smothering it in blue every May. The ostrich sculptures in wire have replaced the original lead ostriches which used to adorn this bridge, under which the New River ran. 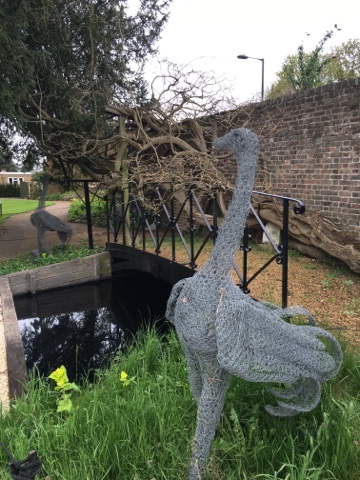 The garden is at its very best in spring, although the imaginative gardening team led by their very able Head Gardener, James Hall, have planned for more summer colour this year, gardening in the style of Bowles – experimental and creative. Tulips were one of Bowles's many passions and the bulbs were usually out in profusion for his birthday in the Tulip Terrace, where he invited local boys and others in the Enfield community for a birthday tulip tea party every year. 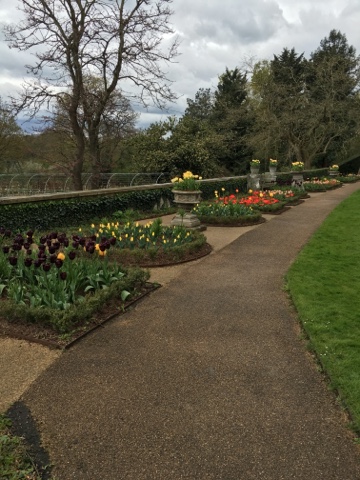 Irises get special treatment at Myddelton House Gardens.  Many prize-winning specimens can be seen in their full beauty here. 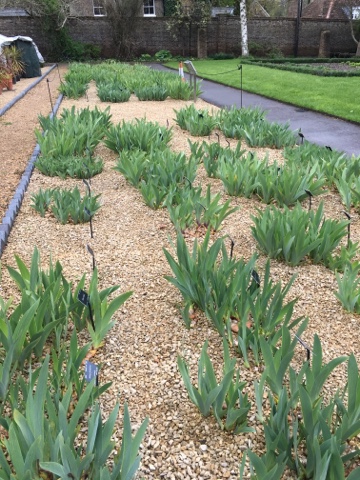 The greenhouses are striking features, with peaches in one, espalier trained onto bamboo, their buds ready to fruit when I visited.   It was in one of the hot houses that I met one of the garden's ‘Heebeegeebies’ working on potting up Lotus maculatus plants.  Heebeegeebies (derived from HBGBS, Historic and Botanic Garden Bursary Scheme, run by English Heritage) are trainee gardeners, who have been part of the gardening team here for six or seven years.  They specialise during their two-year traineeship in different aspects of horticulture and Myddleton House Gardens is rightly very proud of them. 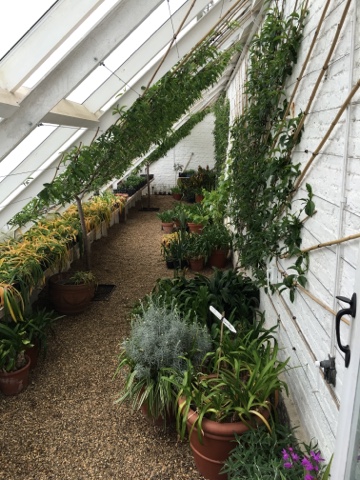 Bowles built a famous rockery, which is currently being restored, with the aim of re-introducing a water stream through the rocks.  After his death in 1954, the garden was kept alive, but some areas, like the rockery, became a bit overrun. Interestingly, the Royal Free Hospital and the London School of Pharmacy, who took over the garden, introduced pharmacological plants, and a pharmacognosy area remains to this day, although ownership of the garden has now passed to the Lee Valley Regional Park Authority. The National Lottery has given large grants of recent years, which have helped improve the grounds immensely. 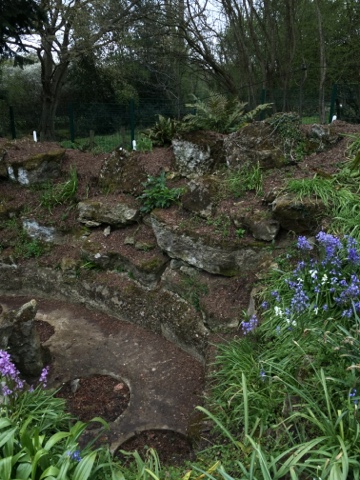 Unusual and exotic plants abound, including the purple toothwort, a parasite which doesn't photosynthesise.  There is also an area dubbed by Bowles as the ‘Lunatic Asylum’, where he put any odd species he came across including some, like the twisted hazel, which have since become more commonplace in gardens. He also grew Japanese knotweed, which mercifully hasn't self seeded everywhere, unlike other imports Bowles brought home. 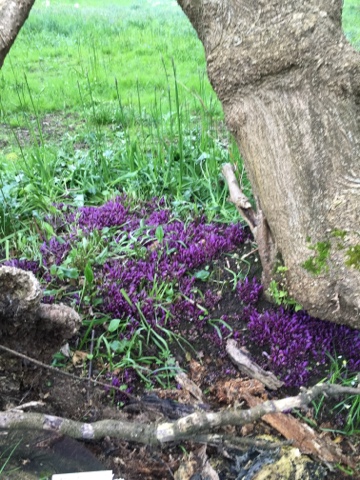 A beautiful replica of an Alpine meadow, full of plants from Bowles' travels abroad, has beehives, snowdrops, scillia, cow parsley and a three-cornered leek. Bowles enjoyed travelling throughout Europe seeking out new plants for the garden, reaching out as far afield as Egypt. 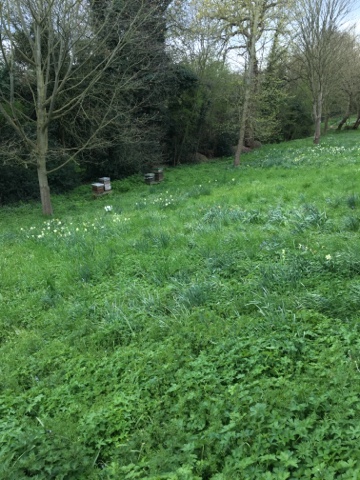 Here is the three cornered leek up close, with its triangular shaped stem. 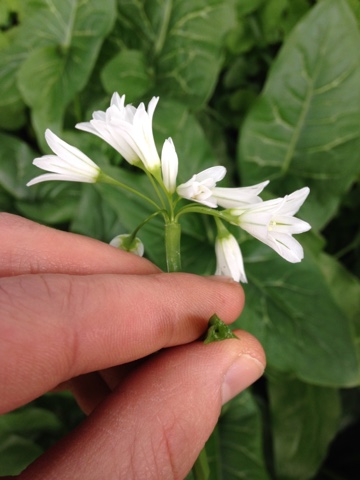 There is so much more to tell and discover about Bowles and his garden. There's a kitchen garden, with produce on sale, a lake, a rose bed and pergola and lots more.   I enjoyed reading The Crocus King, written by one of the gardeners, Bryan Hewitt, in honour of the man.  It's on sale near the excellent café on site. If you visit on Open Garden Squares Weekend (only just over a fortnight away now!) on June 18th or 19th, you may be lucky enough to join Bryan or one of the Heegeebeebies on one of the tours of the gardens.

Bowles was a charming eccentric, partially sighted as a child, who had a genuine love of philanthropy as well as botany and botanical drawing. His care of underprivileged children, known as the Bowles Boys (girls, unfortunately, didn't get a look-in) was as important to him as horticulture. The variety and extent of his labours in the garden are evident in the beauty and enormity of what he created. Often to be found on all fours weeding, he once said "I come out here sometimes and do an hour's weeding and when I finish I think I've spoilt it all".