When you imagine a private London garden square, you think of it surrounded by stout black railings, with high, terraced houses on both sides and trees soaring skywards. Peeping through the railings should offer some vistas to intrigue and delight. Here in Warwick Square, an easy walk away from Pimlico or Victoria Stations, peering through the railings reveals all manner of plants for all seasons, with a central, ivy-clad, round bed from which different combinations gush forth. To top off the bed’s display, there is a statue of a pensive lady - everything in place to enthral the passer-by. 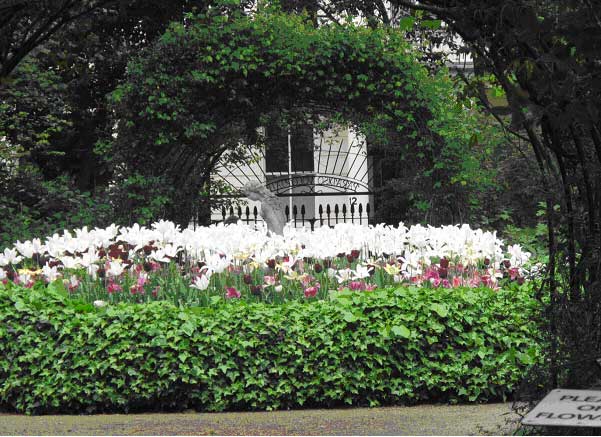 The square has serious history and was laid out in the early 1840s by Thomas Cubitt as part of his development plan for Pimlico. The plane trees are reputed to be the second oldest in London, and planted by Cubitt himself. The garden square assiduously maintains its architectural heritage – six of the original lamp posts are still there, the railings have been replaced and the hoggin paths and rope-edge tiles have been reinstated.

The delight of the garden lies in the new plantings and the skill of the head gardener, Sarah Syborn, who chooses the plants, and her able assistant, Mandy. Mandy started as a volunteer and became Sarah’s apprentice, taught mainly on the job with a little help from a Royal Horticultural Society course. Their teamwork and dedication make the garden what it is today. Whenever a new spot of sunlight appears (old trees don’t live forever), they are ready to reconfigure and renew the beds below. With an emphasis on plants from the Victorian era, they have established a succession of different plantings with sights and especially smell and scents for every month. I visited when the July heat wave was an unimaginably long way off, tulips were still in full bloom (950 bulbs in the central display), and pavements were strewn with blossom like confetti showers. Euphorbia mellifera exuded its honey smells, different pittosporums, deutzia and philadelphus were waiting in the wings and the pergolas were about to be replanted with roses and clematis. Unusual irises – white and brown – poked up their buds, and epimediums (yellow, white and orange) had come and mainly gone. The snowdrop tree, Halesia, was strutting its stuff. 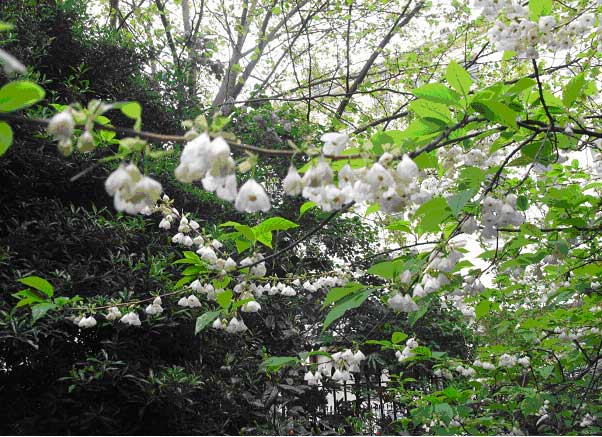 The garden abounds with different types of camellia, often found alongside a combination of daphnes and ferns, with summer bulbs, cosmos and lilies for July and August. Peonies nestle beside tree ferns. There are Himalayan lilies and Tricyrtis, toad lilies.

The garden has an Iochroma australe, whose beautiful, cornflower-blue, bell-like flowers are usually covering the tree (about 10ft) in time for Open Garden Squares Weekend. There is also a marvellous azara and about 5 different abutilons, including an A. megapotamicum that even flowers in the winter, its flowers looking like little lanterns on the pergola.
The plantswomen have successfully created a vision of the countryside in the middle of the city, often transporting the plants they have sourced by bicycle themselves across London. 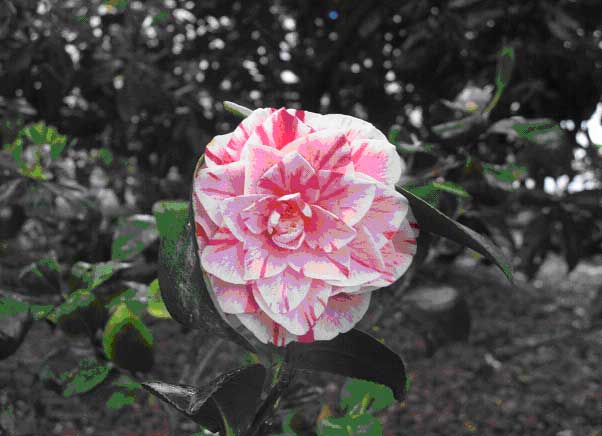 The gardeners are also mindful of the many uses the residents have for the square – and they try to accommodate them all. Children can play on the re-landscaped Victorian mounds – which have a timber fort and winding paths. The grass under the trees is left long for children and birds to enjoy until July, and this year wild flower seed has been sown there too. Dogs are allowed in on their leads, but not in the children’s area. There are tennis courts and a quiet area and teas are served either in the local church or in the garden itself on Open Garden Squares weekend (the weekend of June 14th and 15th next year). Every November there is a popular firework party for residents, which entertained over 500 local residents last year. For creating such beautiful spaces and organising such inclusive events, the gardeners deserve medals.