The volunteers at the Roe Green Walled Garden describe themselves as eccentrics, and they typify the very best of English eccentricity. A recreated, life-sized figure of a gardener from the 1901 census greets visitors as they arrive, to remind them of the late-Victorian heritage of the original walled garden built for the Duchess of Sutherland in 1899. 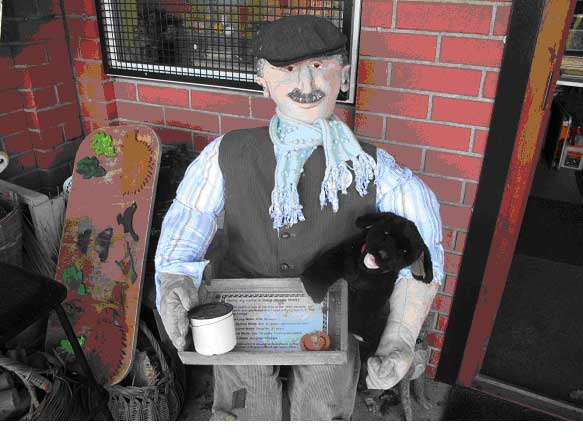 Even the Duchess of Sutherland has been recreated in life-size form and she sits proudly in the bric-à-brac shed, which is the hidden life-blood of the garden. Volunteers don’t just garden here: they rummage in skips and have become expert in recycling scrap metal and selling anything they can to maintain a good income stream for their lovely garden.

The garden is designed around children – not only does a teddy bears' picnic area occupy part of the lawn, but there is an active kids' newt club, which looks after the great crested newts in the wildlife pond – and the local mayor even visited to open the insect hotel the children built. A yew has been clipped into the shape of a dog and throughout there’s lots to keep children amused and interested in wildlife and gardening.

The garden started when volunteers started to take over maintenance of the nearby Fryent Country Park. At first they stored their tools at home, then a shed was given to them on the site of the old walled garden and then they recreated the garden from the rubble of the old one. Now they proudly display their gardening awards – in 2012 the Royal Horticultural Society (RHS) declared the garden ‘outstanding’ in the ‘It's Your Neighbourhood’ category, and they also hold the Green Flag Community Award for biodiversity. The rose pergola which leads to the first of their two ponds has been rebuilt and replanted, alongside a Devon bank, a rockery, a dry-stone wall and fern garden. Along the length of the plot lies the long herbaceous border, a glorious display of colour in summer.

Small vegetable plots with Welsh onions and espalier apple trees line another side of the garden. Volunteers garden the plots together and share the produce. Compost is made in abundance and the gardeners continually seek out innovation – recently having successfully grafted mistletoe onto an old apple tree. A new ‘Core Blimey’ apple tree has just been planted – specially promoted by the London Orchard Project for its resistance and suitability for cities.

The garden is host to a rain measurement centre for the Environment Agency and, buoyed on by this, they are now monitoring the weather in other ways as well for their own recreation. A beehive has been started, log piles are strategically placed to attract insects, they’ve created a home for three or four hedgehogs, mute swans have visited and bats have been spotted in the nearby country park.

Visiting the garden next June is highly recommended. There will be hot food, vegetarian curry being a house special, as well as sandwiches and cakes, lots of children’s activities, bric-à-brac and plant sales. A beautiful, peaceful place with lots to keep the whole family interested – don’t miss it. 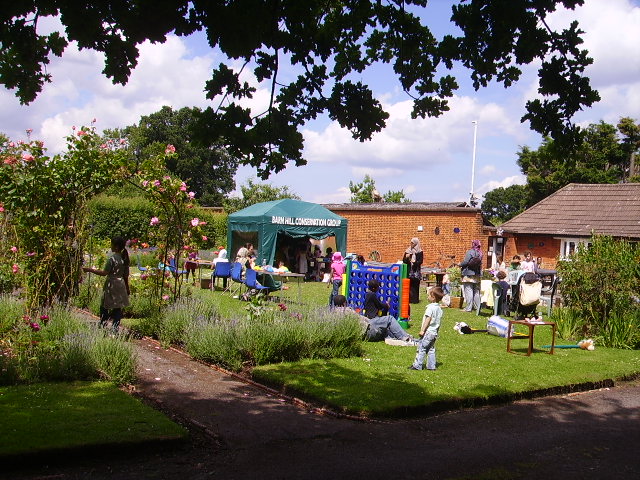